Utopia is a neo-futuristic roleplaying game, drawing on elements of cyberpunk and speculative science fiction. In Utopia, you will make some decisions about your setting, create a character with goals and ambitions and work to achieve those goals, while dealing with whatever challenges the world throws at you.

The world of Utopia is a world that has recovered from a cataclysmic event known as “The Fall”, which altered the landscape of the world as we know it. 100 years later, the world has rebuilt itself into a place of technology, innovation and hope for a bright future. However, despite advances in nearly every field, from medicine, science and biology, to robotics, automation and farming, conflict remains ingrained in every level of society. The gap between the rich and poor widens more with each passing day, while thousands of people go without basic necessities and medical care. Corporate power has expanded to a point where corporations maintain their own private military forces and political candidates maintain corporate sponsorships. Rampant computerization has led to new extremes of media integration in everyone’s daily lives, while new theological struggles around what constitutes a living person have emerged with innovations in cybernetics, cloning and artificial intelligence.

The world is a complicated place. Some people are trying to get ahead, right wrongs, fight the power, climb the corporate ladder, discover miracle cures, invent new tech, help others, get rich or become powerful. Others are just trying to survive.

The Character is the Thing

Characters are the lifeblood of Utopia. Unlike other tabletop roleplaying games where the game master drives the story, in Utopia you'll create goals and ambitions for your character that you'll work towards accomplishing. It's these goals that will push the story forward and direct your gameplay. With each goal you accomplish, your character will become more skilled and knowledgable.

A Setting Built for Customization

One of the first things you'll do when you start playing Utopia is customize your setting. You'll make decisions about your city's government, how AI's and artificial humans are treated and what the landscape beyond your city looks like. But the customization doesn't end there. Whether you want to play in an oppressive cyberpunk dystopia, a utopian solarpunk paradise or a post-war wasteland, Utopia has all the right blanks for you to fill in. What to Expect From the Game

A new, easy to understand system:

Other highlights to look forward to in Utopia:

Note: Hardcover and Softcover print options are coming soon. If you buy a digital version now, you'll get a coupon code for a print version when it's available. 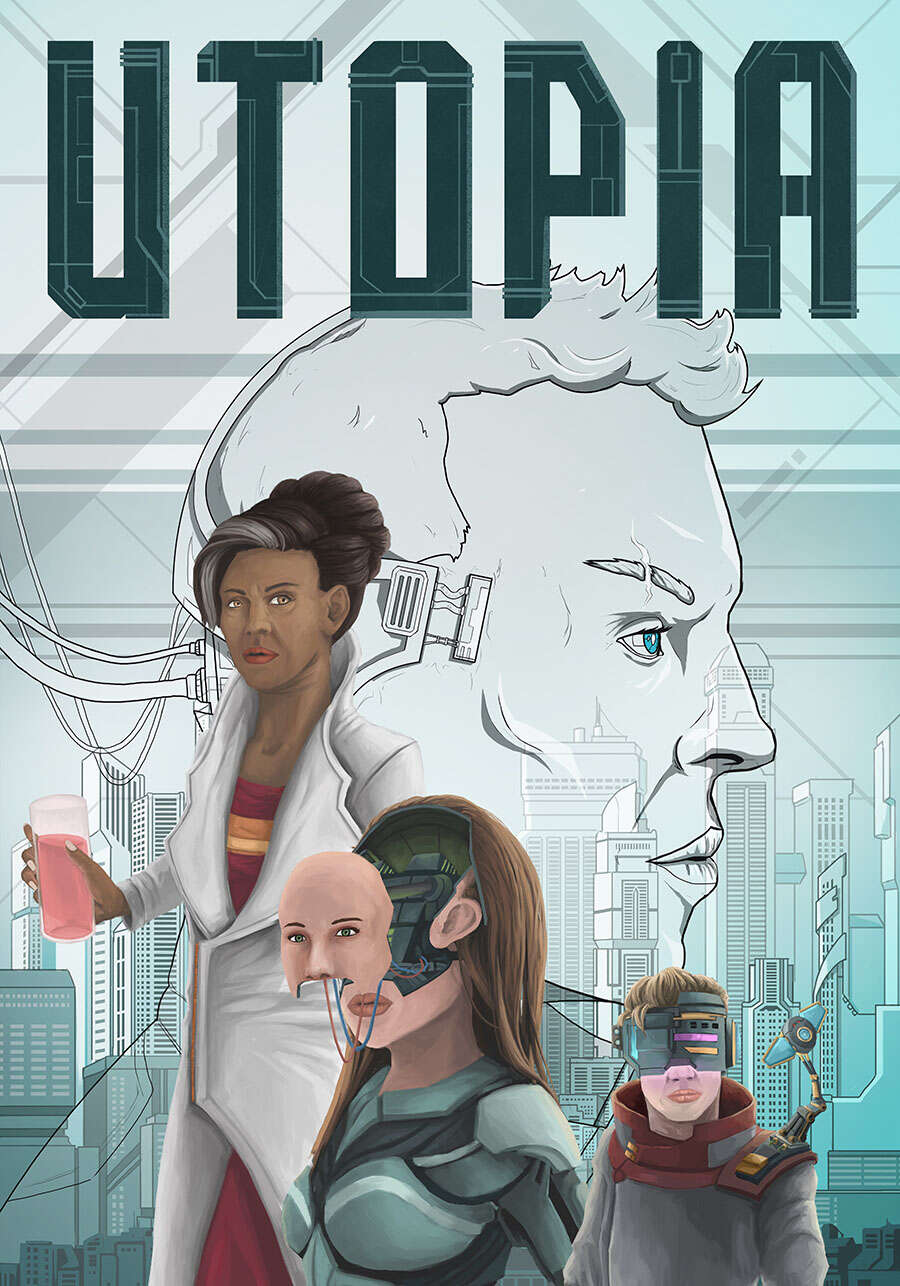