One and Ninety-Eight: Life In The Major Leagues [Free]

One and Ninety-Eight: Life In The Major Leagues [Free]: 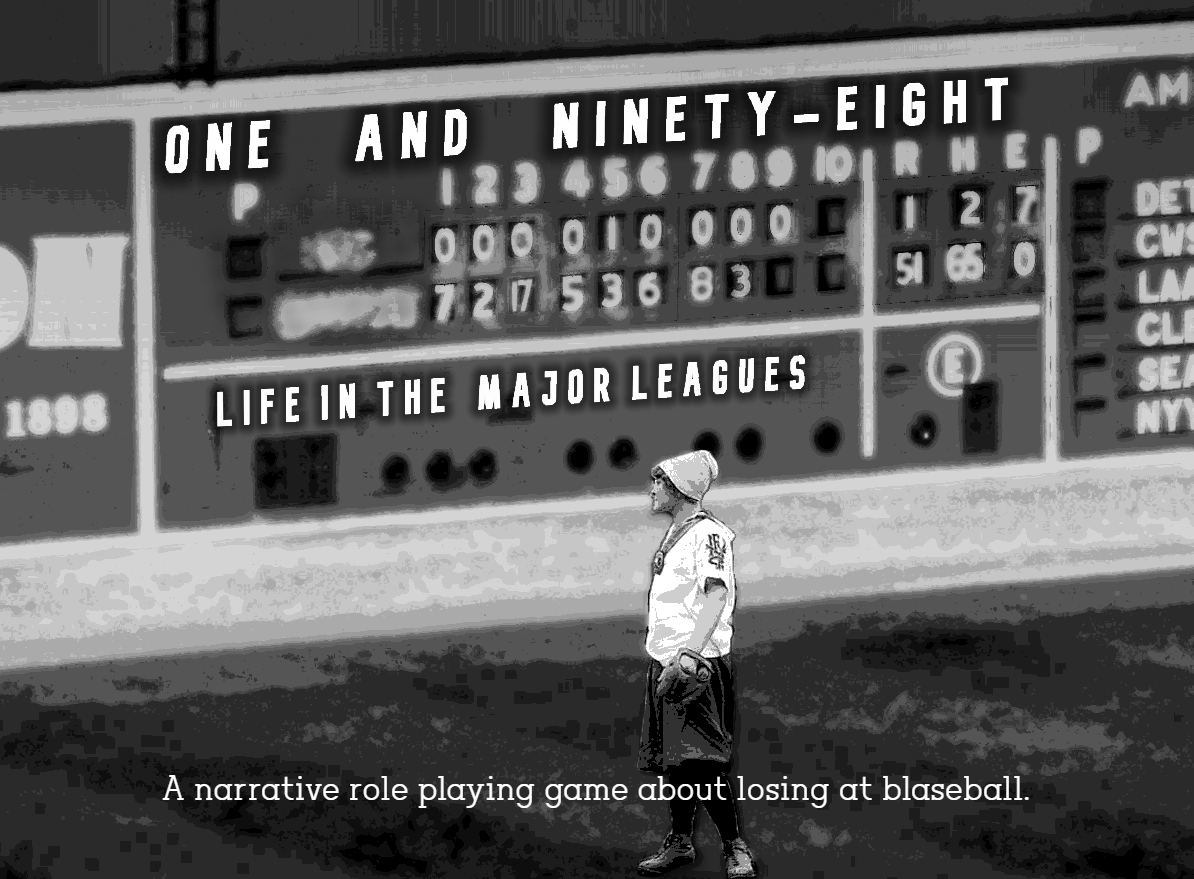 One and Ninety-Eight is a collaborative storytelling role-playing game for 1-6+ players, although it’s probably best in the 2-4 area. There is no GM. It owes a lot to other great GMless story games “The Quiet Year”, by Avery Alder, and “Fiasco”, by Bully Pulpit Games.

1-98 is meant to tell the story of a blaseball team pulled from everything they knew at the height of their fame. They find themselves in a strange and hostile universe, playing against teams horrifically better than them. The players are powered only by memories and dreams, and only have each other to turn to; something extra difficult as they discover that maybe they never really knew each other to begin with.

1-98 is designed to be played online over Discord or in person. If you play online, it uses some of Discord's special features (like reactions) to track game status and player history. It also has rules for weird player counts (1 through 6+) and handling players who need to leave the game suddenly, because playing games online is difficult sometimes.

1-98 is inspired by the Baltimore Crabs’ story, and named for the Crabs’ season 11 record. This record is the only thing we know about their post-ascension life.

1-98 is dedicated to every Crabs fan - yall were, and are, great. Blaseball would have been lesser without you.

Thanks for playing! If you liked this, or have any feedback, comments, or questions, drop me a line on discord at featherwings#4879 or on almost every blaseball server. I'm also on twitter at @sterigee!