Another edition of the in*die zine!

Our theme this time is GAMING FOR SOCIAL JUSTICE - changing the game by gaming the change! Get six thrilling games, four essential supplements,  three interesting articles and one smashing photo-comic for your gaming group today!

All proceeds go directly to the creators of this zine, and your support is a vote in support of the indie TTRPG scene! 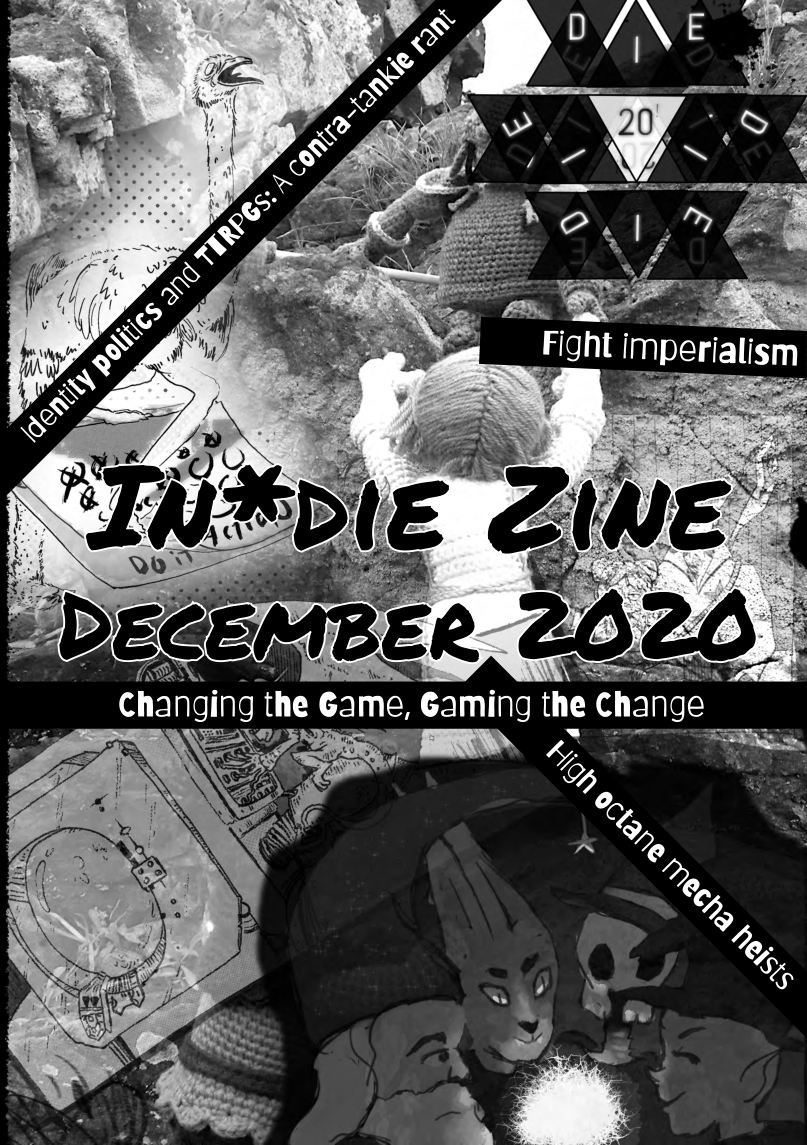