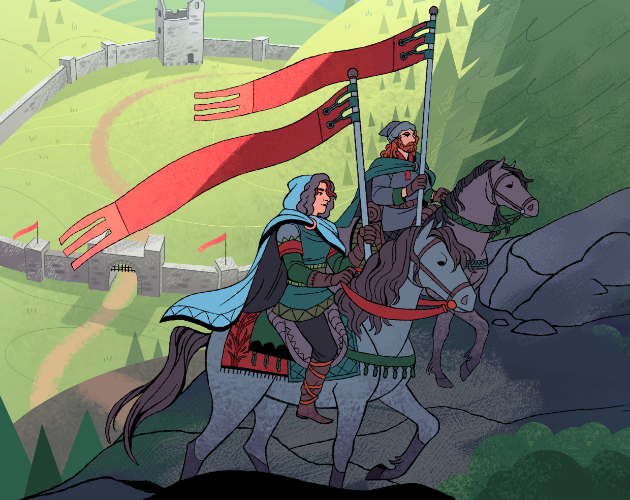 You’ve won your revolution. What will you do with freedom?

After occupation and revolution, your nation is finally free. Now you need to decide what happens next. Will you work with your fellow citizens to build a glorious new land, or forge your own path?

Free From the Yoke is a standalone roleplaying game written by Fyodor Kasatkin and Jay Iles, based on Legacy: Life Among the Ruins 2nd Edition.

In Free From the Yoke, you’ll control one of 8 different Houses. These are the factions that define your new country, and through their struggles and fortunes you’ll tell your fledgling nation’s history.

You’ll also play a viewpoint Character from your House, however. Their adventures and sagas, their brushes with the supernatural and their desperate struggle on the battlefield, will help guide the course of history.

Finally, there’s the Arbiter – the organisation in control of this land. They might be the heroes of the revolutionary war, avatars of the Land itself risen up to oust the Empire, or even a governor left here by the Empire as part of their peace treaty with you. Their playbook tells you what sort of challenges they’ll force onto their subjects, what laws they’ll enforce, and how your Houses and Characters can exploit their organisation to their advantage. The Arbiter also has an Agent, a powerful free agent to add into your mix when characters go on adventures, and Projects – map-changing ambitions that will define each age of your saga.
In order to download this tabletop RPG you must purchase it at or above the minimum price of $14.99 USD. You will get access to the following files:
at February 12, 2020